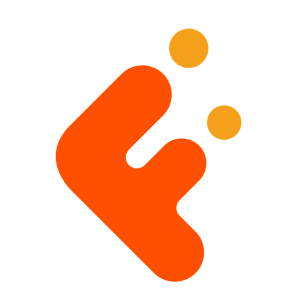 No-one wants to spend time in the Neonatal Intensive Care Unit (NICU) with their child. But the truth is, every year, over 100,000 babies are cared for in the UK’s neonatal units – either because they were born premature or sick. That’s one in seven babies – so the chances are you know someone who has been there.

One of the hardest things for friends and families of those who have a child in the NICU, is to know what to say and how to help. To mark NICU Awareness Month, we spoke to parents in the Friendili community about how they felt their friends and family could show them love and support.

Here’s what they had to say.

1. Don’t be afraid to acknowledge our new baby

“When Arthur was born, it definitely wasn’t what we expected. But we loved the fact that some of our friends still acknowledged our new arrival and told us how gorgeous he was. It might not have been as we planned, but it was so nice to know people cared.”

2. Let me know you’re there, even if I don’t reply

“When you’re in the NICU, it’s impossible to take the time to always message back. I might not have had the time, headspace or energy to reply straight away, but it helped me feel supported. The most helpful messages were the ones that didn’t ask questions, but made me feel supported.”

3. Nothing beats a home-cooked meal

“When the NICU has been your home for weeks or months on end, nothing beats a home-cooked meal. Dropping your leftovers off once in a while can be a lifesaver, and helps give us the fuel we need.”

“Living in the hospital means you don’t have access to the things we often take for granted, like shampoo, toothpaste and clean clothes. When one of my friends dropped round a care package of toiletries, snacks and clean clothes, it felt like Christmas had come early! It’s the little things that can really make a difference.”

“We understand you want to come and visit, but having to focus on arrangements is just too much. We just need some time and space to come to terms with what’s happening, without worrying about timings and potential bugs.”

“Some of the best support we had when we were in the NICU with Lottie was the really practical kind. And it was even better when we didn’t have to ask – we didn’t have the energy to know what we needed anyway! Help like feeding the cats, taking our washing, and taking care of the post was an absolute godsend!”

8. Don’t stop checking in when we leave the NICU

“For NICU families like ours, our journey through the unknown didn’t end when we left the hospital. It’s still a dangerous situation, we still have follow up appointments and ongoing concerns. Please don’t forget to check in on us once in a while.”

9. Don’t be upset if we don’t want a babysitter straight away

“When our daughter was in the NICU, my mum did so much for us. She wanted us to have a night out while she babysat, but I just didn’t feel comfortable with it. When you go through such a traumatic experience it often takes some time to get used to the idea of leaving your child’s side. It might take us longer than usual to feel comfortable, so please don’t take it personally.”

“After spending time in the NICU, life can change beyond recognition. We might not have as much time as we did before, but a message for loved ones – even though we don’t speak as much, we still love you to the moon and back!”

If you have a baby in the NICU, having a support network around you is invaluable. Speaking to others who have been there lets you know you’re not alone. Check out the help on offer from the charity Bliss, or download the Friendili app and join a community of parents who have been there before.