International Down Syndrome Project Shows We Are More Alike Than Different 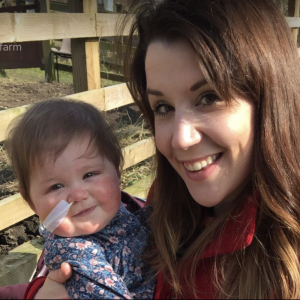 Founder of Friendili and Mum to two beautiful girls - one with hypoplastic left heart syndrome and other additional needs. Passionate about sharing knowledge and experience to let people know they're not alone.

Photography tells stories, stirs emotion and opens our eyes to the world around us. So when I came across a photojournalism project that highlights the abilities of people with Down Syndrome, I was curious to find out more.

I spoke to Juliet Furst, Founder of the fabulous T21 Project, and a photographer from North Carolina, to hear more about her influential project.

The inspiration behind The T21 Project

“This project was inspired by my younger sister Evangeline who has Down syndrome, and whose story I’ve for a long time wanted to tell in photographs. When Evangeline was a child, I remember being struck by just how busy she was—and is—throughout the week, going from basketball practice one day to theatre rehearsal another, ending with gymnastics or dance by the end of the week, always with school fit into the hours in between. Her growing list of hobbies and interests seemed as normal as any other teenager’s, so I wondered what it was that the rest of the world seemed to see as different, or rather too different.

“To me, everything about this picture was that of any other kid I knew. The same favourite movies, favourite sports, favourite dance numbers, favourite lunch spots. That became the goal: to document in words and photos the hobbies, abilities, pastimes, and everyday lives of individuals with Down syndrome, in hopes of reinforcing a phrase I’ve heard said about this extraordinary group of people: they’re more alike than different.

“Evangeline is the funniest, silliest, sweetest companion. I really just feel like the luckiest sister in the world.”

“In 2016, a couple years before The T21 Project actually got its name, I’d taken some photos of people with Down syndrome in Greensboro as part of an open-prompt assignment for a photojournalism course. We were given the freedom to photograph anything, and I’d wanted to do this for probably a year before the class, so it just fit! I put out a call for participants and had some amazing families respond, many of which I’m still in touch with today. I structured it knowing that I’d want to keep building upon it, which is what ended up happening! Taking the leap and giving it a proper name, website, domain name, and social media channels in 2019 was really when it felt like it’d more officially begun.

Worldwide engagement with the Down syndrome community

“The response has just been incredible. Families have reached out from all across the world, whether to ask about participating or just to follow along and to share their stories. Tens of thousands of people have seen these amazing faces, which is so crazy to me. It’s still a pretty small project, but the response has definitely made it feel like it’s been impactful and encouraging to folks in this community, which is ultimately what the project exists to do. Beyond that, I just hope to keep reminding people that they’re just like you and me— here to live freely, love fully, and to be themselves!

What having a sister with Down syndrome has taught me

“It’s commonly said about people with Down syndrome that they’re only happy all the time, and while of course we’re all multi-faceted and that can’t really be true of anyone, I’ll say that Evangeline definitely is the most consistently joyful and lively person I know. Her near-constant joking, laughter, and cuddles have reminded me many times to pause and remember to take my eyes off of the day-to-day busyness of life and to take nothing for granted.

“It’s also taught me to see being different as actually being the norm. I’m used to Evangeline having Down syndrome and can’t really even see it when I look at her— I see my sister that I love and nothing else, which I think is how we ought view everyone who differs in any way from what we perceive as “normal.” They’re really just people who enjoy many of the same tv shows and foods and roller coaster rides as you and I do!

The meaning of ‘more alike than different’

“More alike than different” is a phrase used often in the Down syndrome community, and it means that these individuals that we know and love have far more in common with the typically developing population than most people realise.

“There may be variations in the rate at which some learn to walk or to speak or to drive or to work a job, but when compared with the many shared interests, hobbies, aspirations, feelings, and experiences of people with Down syndrome, it really is true— we have so much more in common with each other—with everyone—than we think!”

Future plans for The T21 Project

“I’d love to just keep spreading the word and interviewing more people of different ages, interests, backgrounds, and places they call home. My hope is to travel to different parts of the world and represent in the project what the experience of the Down syndrome community there is like.

“There have been participants from Germany and Romania that I interviewed during my time living in Berlin, so the dream is to go back there and elsewhere (anywhere!) and connect with some of the awesome families I’ve become friends with online through the project. I have tabs saved on my computer of Down Syndrome Associations in different parts of the world that I’d love to connect and work with when I can fund the travel. That’s the dream! People with Down syndrome come from all parts of the globe, and I’d love to show that!”

What I want people to know about Down syndrome

“I now know that two people of the same age and from the same city with this condition might have completely different levels of speaking ability, motor function, and understanding. This is completely normal. This is why I like to celebrate every participant in the same way— learning to sign “Hello” and learning to work a job to me are both amazing accomplishments! Our worths as people aren’t based on having careers, getting married, or what we can “contribute”— it’s simply about dwelling on this earth together and learning to love one another well. I think that individuals with Down syndrome might just be the perfect people to show us how this is done.”

How to get involved with The T21 Project

If you or a family member with Down syndrome is interested in being interviewed for The T21 Project, register your interest on the website. Don’t forget to help spread the word about the project with friends and families! As Juliet says, “We want everyone to know how amazing life lived close to a person with Down syndrome really is!”.